AMonFM / SDR
beepblip
Software Defined Radio (SDR) detects sound by an antenna and converts it with an analog-to-digital device to a data-stream.

Software Defined Radio (SDR) detects sound by an antenna and converts it with an analog-to-digital device to a data-stream. The process of reading the signal and transformation is mostly inaccurate since it picks up a lot of of interferences, undesired by developers of analog-to-digital protocol. The AMonFM / SDR harvests such sonic disruption and unclear frequencies caused by physical processes such as electromagnetic resonance. It reveals the unpredictable beauty of analogue sound sources. I harvest various frequencies in audio or electromagnetic spectrums, which are outside the range of a human hearing. Often, such frequencies come in extremely high and sharp form, when transposed to the human hearing range. These are exactly the frequencies that attract me most. I am producing such sound in an attempt to shift the flow of conscious thinking. From this perspective, the production of such sounds is political. It nullifies the capacity to be productive and efficient – the two imperatives imposed by capitalist mode of reproduction. At the same time, these sounds are not particularly entertaining, and they offer relaxation only to the people who refuse to be relaxed in an anaesthetic way. The performance ideally works as a jammer for thought pollution.

This conglomerate of machines, human and non-human actors, nation-states and borderless companies is increasingly complex to observe and describe. Nevertheless, we believe that there is more to be seen than a hyper-commercialized structure of interlaced technological layers. Cartographic mapping consists of a series of practices of observing, analyzing and representing a territory to be able to move through it. How can art and activism appropriate the methods of cartographic mapping to produce new, critical and alternative views of the current landscape shaped by different players?

The festival aims at deepening the thematic areas of digital geopolitics, alternative design methods, activist practices and autonomous infrastructures, themes that offer directions for localizing areas of intervention. Throughout the festival, these topics will be further explored through discussion panels, workshops, and performances. 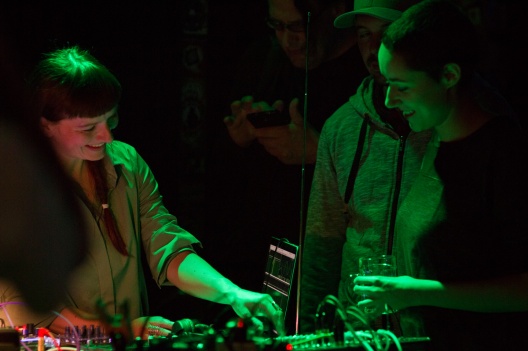 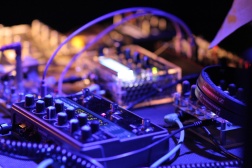