There is drama in the urban sounds: Emona calling, where are you Ljubljana? was a poetry and audio-visual performance creating lucid visual landscapes together with the atonal sounds, which had built a subtle construction and promised plenty of enjoyment for sensitive hearing. Poets composed their thoughts about the town in which they live and the one from the Roman past, evoked by the vivid imagination. Sound whirl of urban impressions, produced, played, spoken and projected, were created specially for the occasion. Among the words the sound imposed the real and fictitious urban images: cut, collaged and edited segments. Theremidi Orchestra used electronic DIY instruments, which produced buzzing, squealing and humming drones. The performance deconstructed words into sounds that constitute new meanings and envoked a poetic experiment. 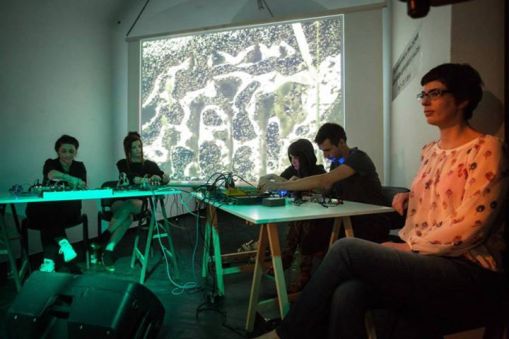 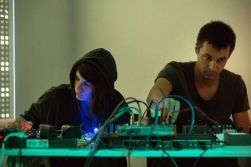 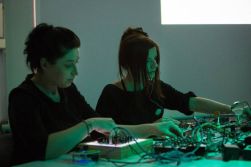 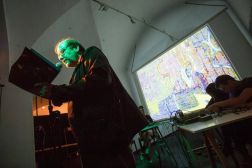 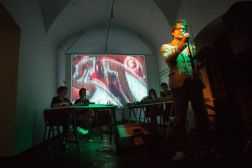