The exhibition Real Time Settings for Ner[d/ve]s is not the result of a curatorial selection that reveals a theme, but presents a genre of programme based media art linked to responsive technologies. It is bringing together contents that emerged at Ljudmila’s laboratory for science and art and its network of international collaborators, similar institutions and artist-in-residence programme. Ljudmila connects research in the field of technology, science, art and civil society, and develops and promotes the use and knowledge of open culture, free licencing and software. Their work is closely associated with art, because artists, developers, hackers, programmers and computer engineers are fairly immune to developing end products. They are interested in developing prototype ideas which deal more with researching the poetics of technological tools, anthropological issues and futurist fiction than applicable technological solutions.

The exhibition is not intended merely for consumption, but for interaction, which can only be established if we are prepared to invest our own bodies in an installation. Responsive installations simulate the direct and animated work of independent devices, addressing the fundamental issues of perception, cognition, physical and mental states. The works presuppose some level of enthusiasm for technologies, which can also be seen as fetishisation of technology (sensory devices, computer data, software) to promote the play between the individual, the environment and computer interfaces. Response installations reveal different levels of reality, or the passage of time that is established between the interface and human perception. From the aspect of perception, real time is unattainable, therefore perception works in two ways: in terms of the binary logic of software simulating intelligence and in terms of the variable represented by the visitor. Some prototypes are witty and innovative, although the novelty of the medium is not always their most attractive element. They are interested also in reviving obsolete technologies and already known artistic statements to avoid the incessant quest for the new and improved in order to rethink the value of technology tailored to people.

There is no clear distinction between virtual and real space, which would tell the human brain the difference between physical and deceptive worlds. We believe what we see. The absurdity of the obvious is portrayed by interactive object Time is Money by Domestic Research Society, presenting a case of the economy of time. Perception is constantly followed by distortions and interruption, depending on the adaptability of the eye, a fact which is examined by Chris Sugrue, and Dominik Mahnič and Matic Potočnik. Sugrue programmed a visualised system exploring the negative space between the fingers following the movement of hands and fingers, and drawing playful minimalist patterns between them, which seem like living organisms. Mahnič and Potočnik equip the visitors with a set of optical glasses and completely immerse them in the virtual interface, which enables drawing in augmented reality. Each new experience with response systems triggers a series of associations, memories and learned systems of classification that is provoked by Fiction and Loss, BLOWER , and Whatever Dance Toolbox. Batinić and Obradović use a system for monitoring movement in space which has been used in art since the emergence of sensor systems. The artist and programmer push us into an unpleasant disorienting space, which creates tension between the desire to discover the new and the fear of the unknown. The unknown dimension is also uncovered by Decker, Jeron and Reiter, who materialise statistics of the most frequently used terms in web browsers in the form of wind, blowing at us at the gallery entrance. Further on, BAD co. and Daniel Turing entangle the visitor in a playful action, which shatters the established understanding of choreography, dictating unpredictable coordination in space, which frees the body from learned movements. The self-regulative movements by mobile units is explored also by Luka Frelih in his instalment of the animalistic Karpetbeest fabricated by a RepRap 3D printer. The emancipation of the technological mind is one of the most complex riddles of computer and software science. The idea of independent autopoetic entities and fascination with the intelligence of technology is tackled by Žiga Kranjec, Igor Križanovskij and Urban Belina in the work Δ Lacanoid, which simulates a human-like presence. There is a question hovering in the air about how much the constructions are aware of themselves, what they prompt in the minds of the visitors and what kind of space they create.

A part of the project was also Booktype, collaborative writing of an exhibition catalogue – REAL TIME SETTINGS FOR NER[D/VE]S based on BOOKI.CC and BOOKTYPE online tools from 13th to 15th April at Škuc Gallery, Stari trg 21, Ljubljana. The book Za živ(al)cev realnem času is available online.

Booktype is a free, open source platform that allows collaborative editing and writing for organisations and communities to produce books formatted for print on-demand, e-books and almost any e-reader. Booktype does this by formatting or designing the same book in 5 different applications; everything needed for publishing digital copy is provided by the one tool. Booktype was developed from a system for writing manuals for open programming (FLOSS), on which Luka Frelih (Ljudmila) worked as one of the developers. A beta version of the tool Booki.cc was first presented to a Slovene audience at City Gallery Ljubljana in June 2011 by its creators Adam Hyde and Aleksandar Erkalović during the Powered by Ljudmila exhibition. Ljudmila and its team were intrigued by the possibilities of this open source online software tool that facilitates the production of books through simple and effective publishing techniques, and decided to initiate the Booki community in Ljubljana. The aim of the Booktype project is to open up publishing for independent publishers, and also for organisations that do not primarily see themselves as publishers. A book sprint is a social event that can last from about two to seven days. In this time, an entire publication is written, edited, proof-read, designed and published in an on-line or printed version. A team of writers, critics, artists, and workshop participants affiliated with Ljudmila are planning to get together for a three-day session to produce an exhibition catalogue on the Booktype free and open source web platform. 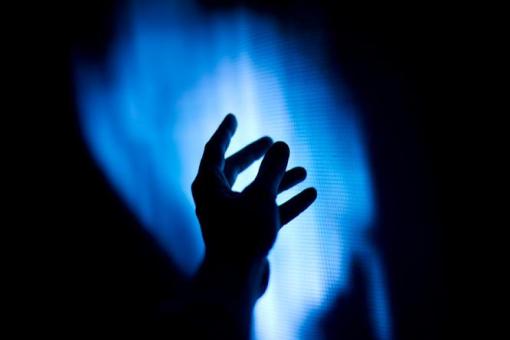 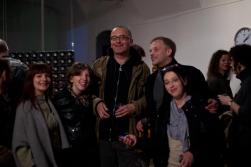